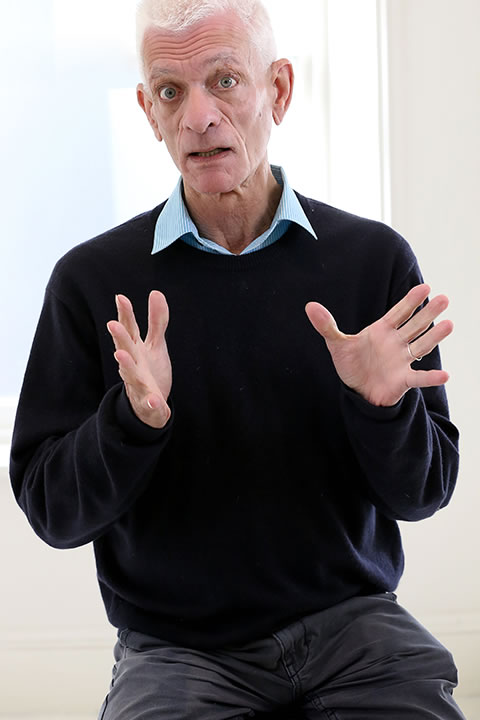 Robert Dessaix is best-known as a writer of literary non-fiction (memoirs, essays, biography and autobiography), but has also published two novels, several short stories and one play.

Born in Sydney in 1944, he was adopted by Tom and Jean Jones, went to Lane Cove Public School, Artarmon Opportunity School (remembered warmly in What Days Are For) and North Sydney Boys High School (1956–60). After a year at Sydney University, he moved to Canberra to major in Russian language and literature, which he had studied privately for the Leaving Certificate while at high school, at the Australian National University. He spent the next 23 years of his life, on and off, in Canberra, studying for his M.A. and Ph.D. both at the ANU and at Moscow University, teaching, writing about Russian literature and also marrying. Eventually he moved to Sydney to teach at the University of NSW. His love of Russian literature informs all his work.

While teaching, he joined the Griffin Theatre Company in Kings Cross at the very beginning of its existence. Here he met the artistic director of the Nimrod Theatre Company Aubrey Mellor and together they set about translating many of Anton Chekhov’s major plays for productions in theatres around the country.

In early 1982 in Sydney he also met his present partner, the writer Peter Timms, at that time curator at the Powerhouse Museum. At the end of the 1980s they moved to Fitzroy in inner-city Melbourne.

From 1985 to 1995, he presented the weekly ‘Books and Writing’ program on ABC Radio National. In more recent years he has also written and presented radio series on Australian public intellectuals and great travellers in history, as well as regular programs on language.

He has also published translations of works by Dostoyevsky, Turgenev, Vakhtin and a number of Russian poets.

A full-time writer since 1995, Robert Dessaix now lives in Hobart, Tasmania, with Peter Timms. His passions, as is evident in all his writing, are travel and language.

Robert Dessaix is the recipient of the 2022 Australia Council Award for Lifetime Achievement in Literature.